Hezekiah is a Technical Artist, which means while one hand is covered with paint, the other is busy scripting logic or debugging issues. 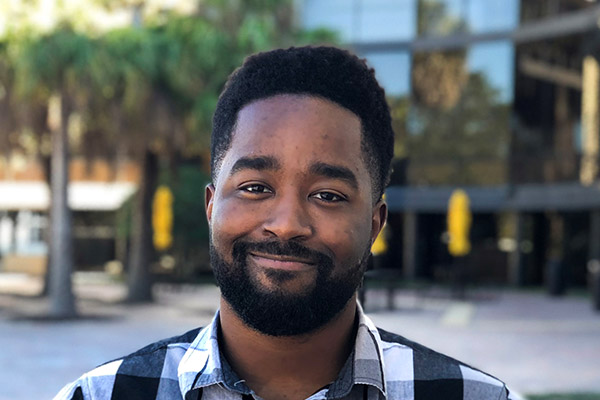 His passion is for visual effects and pipeline optimization. When he’s not troubleshooting problems and trying to add visual polish to his projects, he’s attending local game jams or escape rooms.

He attained his MS in Interactive Entertainment from FIEA in 2017. After receiving his MS, he established his own Indie game studio called Glass Cat Studios. That same year he released his first title Trial of The Gods, a single player virtual reality escape room based in ancient Egypt. A year later, he released his second title The Haunting Hour, a multiplayer virtual reality escape room based in a haunted castle.’